Not only has the busy market continued into the first quarter of 2017, it has accelerated since the end of 2016.  We continue to see record numbers of sales and new highs for the average house prices in London.  Total volume of single family residential sales for the city of London, Ontario, was 1,704 through the end of March.  The average price was $326,351 for the first three months of the year.  That does not tell the whole story though.  In January the average price was $302,013.  The February average was $317,999.  For March it was $342,202.  This is for all residential both detached and condominium properties combined.  Part of that cycle can be accounted for in the normal oscillation of prices throughout the year (see my article on the subject: “Real Estate Prices throughout the Year”) .  Prices do rise as we come out of the winter into the spring.  We expect that.  Yet we did not see the usual drop off in prices over the winter that we normally see.  If early returns on the month of April are any indication prices are continuing to rise.

With the number of listings down 7.9% this year compared to last year, and sales up year over year, we have all the necessary ingredients for a seller’s market.  We are increasingly seeing listings with notices such as “no offers until such and such date.”  With high demand this results in many of the properties selling with multiple offers, and thus selling for over asking price.  This trend bears out in the statistics.  The average sale price for Q1 is 102% of the asking price.  That number is growing.  The January asking to sale price was 100% and it was 103% for March.  Thus far in April that number is 106% of asking price.

This indicates a trend.  The questions everyone are asking are twofold: “Why is this happening?” and “How long will it last?”  Anecdotally, the stories that I am hearing are that we are seeing an influx of buyers coming into London from outside the city, specifically from the Toronto market.  When the average home price in Toronto is $867,575; in Hamilton its $557,175; and Kitchener/W

aterloo its $460,006, eventually someone was going to notice that the average price in London was $307,189.  Prices in London have been somewhat flat when compared to the rest of the province and we have fallen behind other major urban centres.  What we seem to be experiencing is a correction fueled by those who are looking to cash in on the value of their Toronto home by moving to an area with a lower cost of housing that still retains many of the amenities of a city.  Others whose income is not tied into an office, are finding that relocating to London makes good financial sense.  The differences in price between London and other areas is such that buyers are willing to pay in excess of asking price to secure a purchase.  As long as these buyers continue to see a significant value quotient between where they are now and the London market, they will continue to move.  As soon as prices rise to the point where that move no longer makes sense, things will slow down and there will likely be some pullback.  That pullback, though, will be a retreat from the new price point levels.  Unless there is a total collapse in the major Ontario markets, it is likely that our market will settle into a new normal for average price.

How long will this correction take to work itself out, and what will the average price be when it is all done?  It is likely going to last through this spring, summer and fall.  If next winter is mild, it may last into 2018 before things start to settle down and balance out.  How far will the average price rise before it no longer makes sense to retire in London or live in London and be employed in Toronto?  Will it be $375,000?  $400,000?  $450,000?  It is unlikely that we will reach that last number as the average number in Kitchener/Waterloo is $460,000.  An average somewhere between $375,000 and $400,000 is a distinct possibility for all properties, detached homes and condos together.   Time will tell. 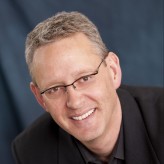